​Armenia is the first Christian state, and for over 1700 years Armenian culture has been developed around this religion, which finds its manifestation in architecture, sculpture, music, and literature. There is a huge Christian heritage in Kapan too. There were founded 3 iconic monasteries here: Vahanavank, Yeritsvank and Bekh Anapat / Hermitage/. Halidzor fortress was also originally created as a monastery, but later its purpose changed. There are also hundreds of ancient “khachkars” /cross stones/ on the territory of Kapan. Nowadays the art of creating “khachkars” is reviving.

Vahanavank
The most famous monastery of Kapan - Vahanavank is also located on the Legends Trail, 9 km west of the of Kapan centre. The first building of the monastery complex - the Church of St. Gregory the Illuminator, was built in 911, five years after the solemn consecration of the Tatev Monastery. The construction was sponsored by Vahan Syuni, the son of the Syunik prince Dzagik, who, impressed by the Tatev monastery, decided to found a monastery in Kapan, the capital of Syunik, and donated huge estates to the church. The Monastery is accessible not only for hikers but also for groups traveling by bus. 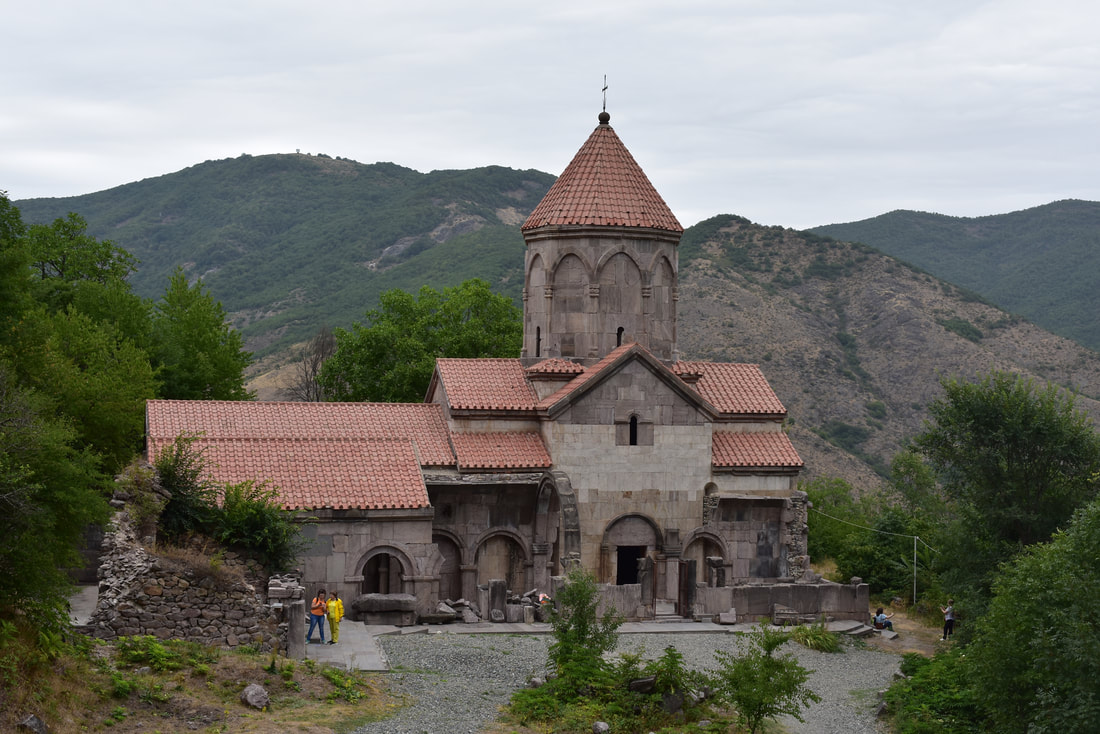 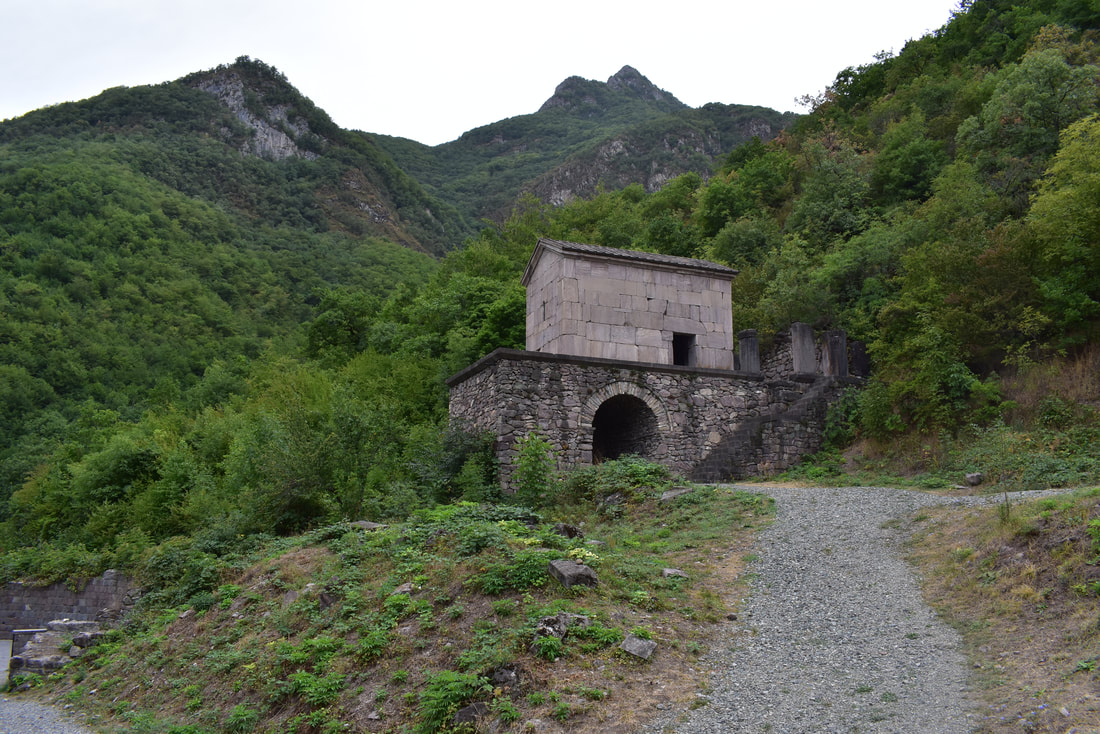 Initially, Halidzor Fortress used to be Hermitage where manuscripts were copied. Since the terrain was well protected by the natural landscape, later, during the reign of David Bek, the Hermitage was rebuilt and became a fortress. The castle has two churches. The Church of St. Minas is located in the Citadel, built of hewn stones. The dominant church in terms of location and size is the Church of the Holy Mother of God, built in the XVII century. In 1727 the Turks laid siege to Halidzor and, placing a ladder against the fortress wall, tried to climb in. A small number of Armenian soldiers who were in the fortress, with the help of local residents, not only threw the enemies off the wall, but also left the fortressremaining unseen and launched a counterattack from a convenient position. In panic, the enemy army fled, suffering heavy losses. Halidzor Fortress symbolizes strength and invincibility in our history. Halidzor Fortress is accessible for hiking. It will take you two ours to hike to the Fortress from Vahanavank Monastery. You can also get to Halidzor fortress by off-road vehicle (20 minutes from Kapan). 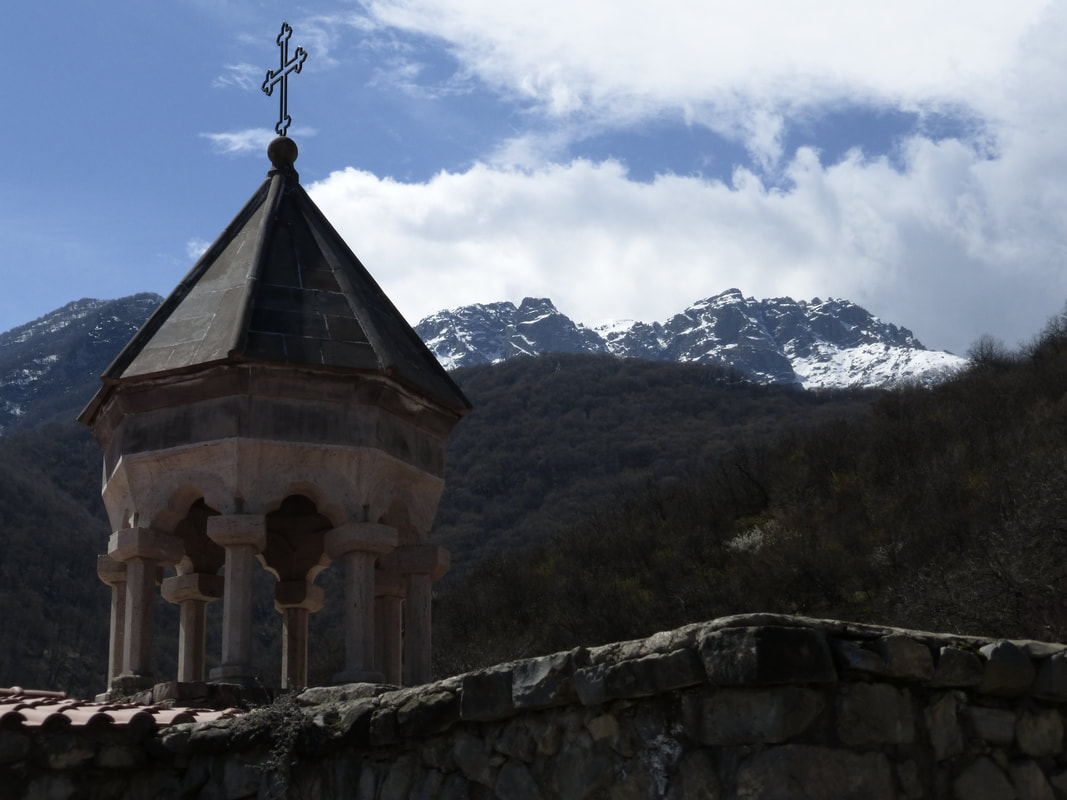 Bekh Hermitage is located 4 km south-east of the Bekh district of Kapan city, on the eastern slope of a high mountain, deep in the forest. Built in the X century, it was rebuilt by Archimandrite Aristakes in the 1920s.
The Hermitage, which the locals call "Napat" (this is how the word "desert" in Armenian sounds in the Kapan dialect), is accessible only to hikers from the villages of Bekh-Vachagan. The trail is quite a difficult ascent and requires from medium to high physical training. 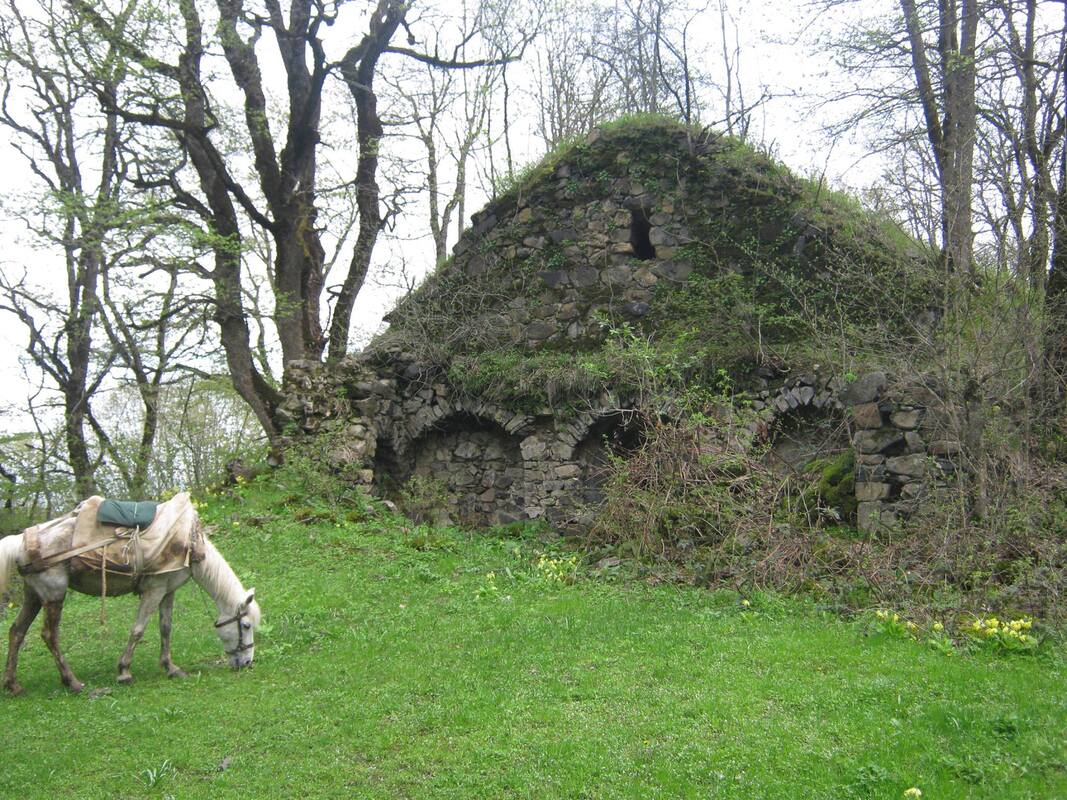 Yeritsvank is located outside of the Legends Trail, east of Artsvanik village, on a high plateau. This is an architectural monument of the 5th-11th centuries, founded by Syunik Metropolitan Yeritsak in the 5th century.
The church was later surrounded by double walls, probably for defense purposes. From the former complex only races of the walls and the ruins of the chapel have been preserved. You can go to Yeritsvank by off-road vehicle (30 minutes from Kapan) or hike there along  the Legends Trail from the villages of Tandzaver or Verin Khotana.
In addition to the above-mentioned monasteries, there is a standing church or church ruins in almost every village of Kapan.
There are a number of Christian monuments in the village of Tandzaver and its surroundings.
In Tandzaver you can see the ruins of the 15th century St. Stephanos Сhurch.
The pride of the village is the three-nave Basilica of the Holy Mother of God, built in 1705, which was turned into a grain warehouse during the Soviet years, and the stones of the surrounding medieval cemetery were used as a building material or just destroyed.
There are two Churches of St. Hripsime with a single-nave basilica structure in Antarashat village, which were both probably built before the second half of the 17th century. 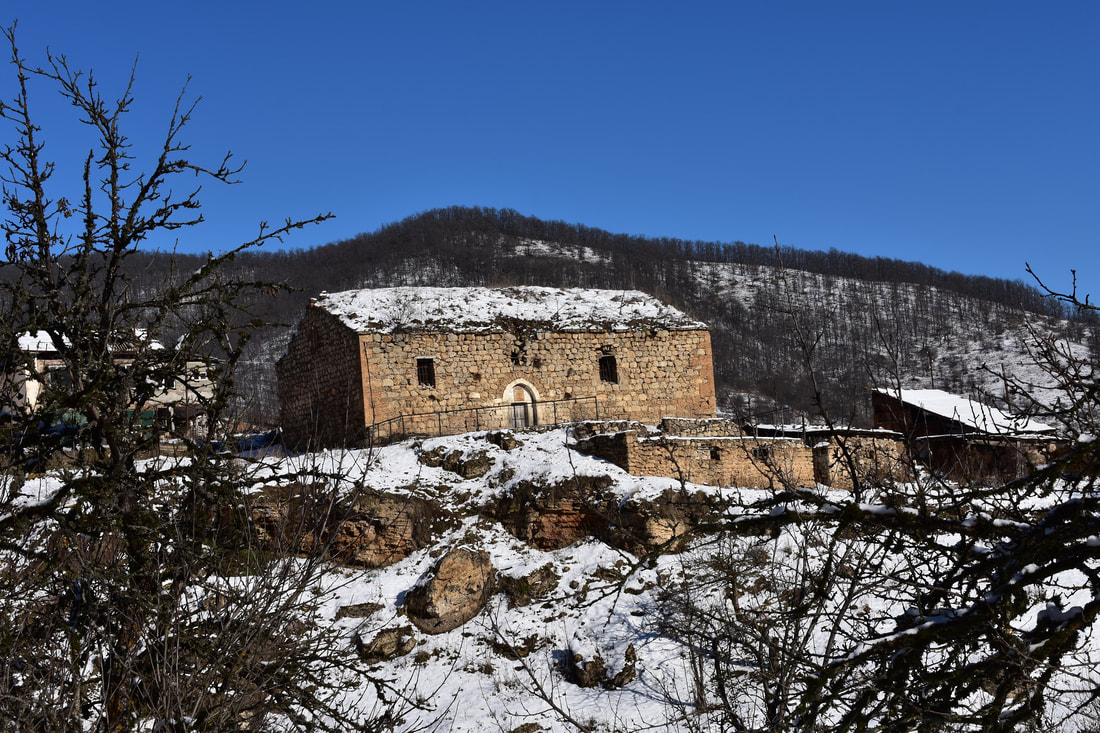 It is difficult to imagine the spiritual heritage of Kapan without Movses Khotanantsi, who was born in the village of Verin Khotanan and is buried here. Movses Khotanatsi is also known as Movses Tatevatsi. The grace of God descended on him when he was less than fifteen years old, and he was ordained a priest and took monastic tonsure. In 1623 Movses Tatevatsi was ordained a bishop with the blessing of Patriarch Melikset. In 1627 from the Persian Shah Abas Movses Tatevatsi received the position of the illuminator of the monastery of St. Echmiadzin and at the same time permission-proclamation for the reconstruction of the monastery. From June 1627 he began the reconstruction of the Echmiadzin Cathedral. On January 13, 1629, Movses Tatevatsi was ordained "elected Catholicos".
Powered by